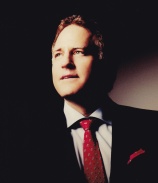 Don brings over 30 years of international experience to Belay Station, having lived and worked in multiple countries for large American corporates, such as General Electric and AT&T.  He has variously been the Chief Financial Officer, Director of Operations, Head of Mergers & Acquisitions and Head of Acquisition Integration for a number of divisions of those companies.  He has also advised and mentored numerous Startups and SME’s as a Management and Implementation Consultant.  Don has an MBA from the University of Colorado and a Master’s Degree in Climate Change from the Australian National University.  An outdoor enthusiast, Don is also the Founder and Editor of Belay Station Outdoors (formerly Southern Ascent), a blog focused on the advances in technology and sustainability of gear and equipment in the European Outdoor and SnowSports Industries.