Geoengineering Climate Change has generally been marginalised as a topic of discussion outside the scientific community and rarely mentioned in official political agreements and reports. It has received no specific mention in climate change treaties, though the United Nations Framework Convention on Climate Change (UNFCCC) includes the potential application of undefined “innovative” and “environmentally-sound” technologies, and does not specifically exclude geoengineering.

Those in favour of geoengineering would argue there are good solid reasons to pursue such schemes, particularly since political efforts to mitigate the worst impacts of Climate Change lag well behind the actions needed. As well, a major attraction to geoengineering is its use of technology as a solution. Technology is one of the four pillars of 2007’s COP13 Bali Action Plan to combat climate change (the others are mitigation, adaptation and finance). Technology is considered a win-win solution, compatible with continued economic growth, allowing mankind to produce and consume without suffering the negative consequences from carbon emissions. From a technical point of view, geoengineering schemes are also quick solutions and can deliver additional benefits. If the earth’s climate system is facing a tipping point, for example, geoengineering solutions (such as solar radiation management) could be rapidly deployed. Costs are generally considered to be low and the impact is immediate. Implementation can be carried out by a small group or even a single nation.

Yet, governments have spent their energy on attempts to regulate or ban geoengineering, instead, including a call for a moratorium on geoengineering at a meeting of the Convention on Biological Diversity (CBD) held in Nairobi in May, 2010. The CBD recommendation, in line with the “precautionary principle”, calls for a delay in geoengineering efforts until an adequate scientific basis is in place to justify geoengineering activities and that appropriate environmental, biodiversity, social, economic and cultural impacts have been considered. Ocean iron fertilisation, one of the few schemes to have been tested numerous times, is already being regulated, though not prohibited, by the London Convention (as part of the International Maritime Organisation that oversees dumping of waste and other matter at sea).

Those against geoengineering have a long list of criticisms. Solar Radiation Management schemes, for example, are limited to countering the warming effects of Greenhouse Gas (GHG) emissions. They do not necessarily stop other GHG emissions impacts, such as ocean acidification. And there remain questions as to whether the schemes will even work on a significant enough scale? How do you test geoengineering schemes safely?   And even if they work, the cancelling of climate change effects will not necessarily be uniform around the world, causing regional anomalies.

Side effects of Solar Radiation Management, such as acid rain, the dimming of sunlight on plants, the loss of efficiency of solar energy power stations, or the depletion of the ozone layer from sulphur dioxide aerosols, could also prove problematic. And the commitment period is long-term. Once you start with Solar Radiation Management, you have to persist or lose the benefits. And how measurable is the impact anyway? The climate’s natural variability may get in the way of determining whether geoengineering is working or not. And if a scheme was shut down, would the rapid rise in temperatures that took place thereafter be more damaging than a gradual rise of the same magnitude? Oversight is also a problem. What institution or global climate authority should manage these schemes over the next century or two? And would this be feasible in times of political conflicts?

There are also moral arguments against geoengineering. There may be numerous side effects and unknowns that haven’t been thought through. And who decides? Given that a single nation could implement such schemes, or even private actors, how is this to be controlled? Would this encourage legal or political retaliation or blame or other forms of conflict across borders if something went wrong? Could they be used as weapons to create drought or disable an enemy? Could geoengineering be vulnerable to terrorist threats, which might include switching the systems off or destroying them? And will a focus on geoengineering take away from the conventional GHG emissions mitigation efforts? 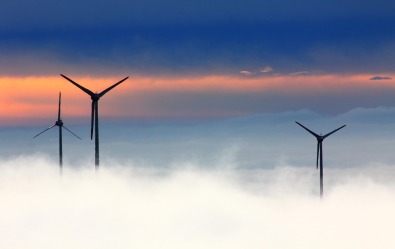 One counter to these moral arguments is that shifting society away from fossil fuels using traditional mitigation methods may be just as problematic socially. What are the cultural implications of carbon taxes or subsidies that can cause manipulation of the world’s economy, for example? And regardless of any arguments against geoengineering, it’s already happening, again, albeit inadvertently, through the negative impacts of mankind’s continuing use of fossil fuels, like oil and coal.

There is unfortunately no real agreement. Very few academics and scientists are (yet) suggesting that geoengineering should be a substitute for emissions reduction strategies, but more an accompanying strategy.   Most, however, argue that initiating R&D and computer modelling of climate engineering solutions is harmful given the need for mitigation solutions of any kind at present. Researching and gaining a better understanding of the climatic, ecological, economic and social implications is a warranted step as temperatures continue to rise. 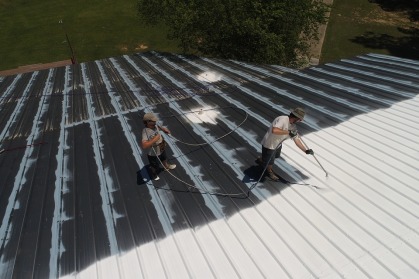 In addition, many are in favour of actual first steps. Actions in some cities and countries have been taken where the impacts of geoengineering are local. “Cool roof” technologies, for example, are of little controversy, as the biophysical impacts are local, though the gains globally are small in comparison to other geoengineering techniques. But the world may be at the point where these trials of local geoengineering solutions may need to go further. The failure of political will around global mitigation efforts means the necessary reductions in emissions to combat the worst impacts of Climate Change may be not achieved through any global agreement or through ad hoc national mitigation policies.

Proceeding beyond local steps will be a major political undertaking, requiring international cooperation and consensus and an international mode of governance before deployment and operation of such climate engineering systems. The warning is that if global political inaction continues, someone simply decide to press ahead on geoengineering unilaterally, with all its subsequent unknown consequences.

Note: This article was originally written in 2010 as part of the curriculum for a Master’s Degree in Climate Change at The Australian National University.  It has been republished here to demonstrate how little has changed in regards to carbon emissions in nearly a decade.